Who is the best big-air kiter in the world?

Classic Cape conditions as Rounds One & Two of Red Bull King of the Air go down at Big Bay.

The Cape Doctor (Southeasterly wind) draped the ‘table cloth’ over the iconic Table Mountain fashionably late on Wednesday 3 February. When it did show up though (at around 16:30 local time) the world’s best big-air kiters launched their kites and hit the 3-4 foot (1 – 1,5m) ramps (waves) of Big Bay and gave the faithful crowd everything they had been waiting for from early on in the day. It was all systems go for Red Bull King of the Air 2016!

Recently-crowned South African freestyle champ Ozzy Smith started with a bang but lost out to big wind specialist Lasse Walker. Both would advance to round three through, with the third and fourth-placed riders being religated to the elimination Round Two.

Riding in the opening heat of any event is always a challenge and they showed that it was going to be the riders who could best adapt to the conditions – ‘lighter’ winds – and produce variety were going to come out on top. Tom Herbert provided some of the biggest highlights of the day. He won his heat ahead of 2015 finalist Jerry van de Kop. “I’m very happy with how it went,” commented the Frenchman after the heat. “I pulled a few moves I haven’t done in a while. It gives me a lot of confidence for the rest of the contest – I’m going to send it!” Previous champion (2014) and 2015 runner-up, Kevin Langeree (our weatherman) was flying and threw the highest air of the day (measured by the Woo Sports App) at 15.9m. He was outdone by Antonin Rangin, however, who got the better of him through the sheer variety in his moves.

Other standouts of the round included 2013 champ, Jesse Richman. The Hawaiian – who rides with straps rather than bindings – lost his board early on in his trademark ‘go-for-broke’ approach and had to get another from his caddy. No worries… “It was fun,” he beamed on the beach afterward.

“It was a good heat. I decided to go full speed and it worked out. I’m ready to do it again.”

Reno Romeo was also impressive, pulling massive triple front rolls among a variety of kite loops. “I’m feeling pretty good,” said the Brazilian maestro. “It’s good to ride in such strong winds, the adrenaline feels good through the body…” Remeo highlighted how he was focusing on variety in his heat to impress the judges. “I’m trying to mix various styles and through some variety and go insane. And land it, of course.” The final heat of Round One saw 2015 defending kind Aaron Hadlow lay it all out there. The five-time world champ simply carried on from where he left off last year by throwing a massive Megaloop KGB – something no-one really expected so early. It begs the question really, ‘what else does he have up his sleeve?’ As the sun dipped toward the horizon there was just enough light to run the first two heats of elimination Round Two. From here, one advances, and the bottom two from the heat go home

The demise of Sam Medysky (Can) was the biggest upset on the day.

Round Two will resume when the wind does. 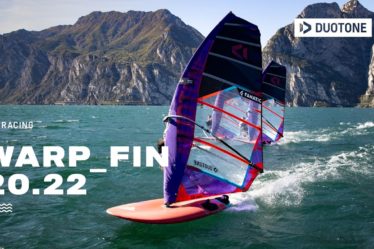