It has been a long day of action here in Tenerife, with the wind quickly picking up to 25-30 knots for the fourth day of Kite Master’s action. Head Judge Sami Gali was impressed by the amount of high jumps, which resulted from the conditions, “Height and power are the most important factors in this competition and we saw some great displays of both today”. As the PKRA riders were training in the bay of El Medano, we started with the Spanish championship where Alvaro Onieva (ESP, Slingshot) proved his supremacy. Being the only international rider in the competition he easily won this single elimination. Alvaro however was very impressed by Patrick Blanc (ESP, Ozone), at only 15 years of age he promises to be part of the new generation of riders. He came third in the singles after the local Ricardo Rodriguez (ESP, RRD).

As the main PKRA competition started, we took some time out to talk to Youri Zoon (NED, Slingshot) about his outstanding performance yesterday, when he landed a 900 during one of his heats. Youri commented that he actually landed this move on his first try earlier in the week when he realized that he had enough height to pull it off whilst performing his flat 7’s. He feels confident that it is possible to land a 1080 in these conditions, “if you can find a kicker which allows you to pop high enough, I think you definitely can fit in the 3 rotations.” Youri is currently in the running to become the first kitesurfer to pull off a 1080. The 1080 descend directly from wakeboarding where Danny Harf was the first person to land the rotation in front of legendary rider Parks Bonifay. He got the move on tape and later a few other riders such as Harley Clifford and Aaron Rathy followed suit and perfected the trick. We expect to see a similar knock on effect in our sport; once the move is publically achieved by one rider, others will no doubt follow close behind.

Youri explained that as hard as the trick is in both sports, the boat in wakeboarding provides perfect flat water and a great kicker to try the trick as many times as you like. In Kitesurfing however, the rider has to play with the ocean and the wind in order to create the perfect moment to pull it off.

With strong winds today, the Kite Masters showed an overview of how kiteboarding has developed in the past 10 years. We saw all the different aspects the sport has to offer: high jumps, technical maneuvers, high handle passes, wakestyle tricks and board offs. If the wind gets stronger we could even see some Mega loops; a high jump where the rider loops his kite at the highest point of elevation, often taking him higher than it! Sebastien Garat (FRA, RRD) is suffering from shoulder pain at the moment and unluckily suffered the worst crash of the day. During his heat against Corniel (DOM, Ozone) the bar slipped through his fingers while attempting a powered front mobe.

Tom Hebert (FRA, North) won again today which means he remains the best rider of the event so far. This time his victory was against Kevin Langeree (NED, Naish), he landed three nice maneuvers: a king dead man, a powered crow mobe and a mobe 7. He reckons that he has never landed such a powered Mobe 7 in strong winds. Meanwhile Kevin unfortunately failed to execute the same trick, however was happy to see that he can still put in a good overall performance and land other powered moves. Still in recovery from his knee injury, this was a good start and a fun competition for Kevin.

We finished the round robin: Onieva (ESP, Slingshot), Corniel (DOM, Ozone) and Zoon (NED, Slingshot) remain tight with 10 points in Group 1, they will have to compete against each other tomorrow for the two spaces in the final. In Group 2, Tom Hebert (FRA, North) leads with 12 points, Rondina (ITA, Cabrinha) and Langeree (NED, Naish) are tight for the second place with 9 points each, they will also be competing against each other in order to advance into the last round.

Tomorrow will be the most exciting day of the event with all the final heats and the best competitors of the week. We will also finish the double eliminations of the Spanish championships. 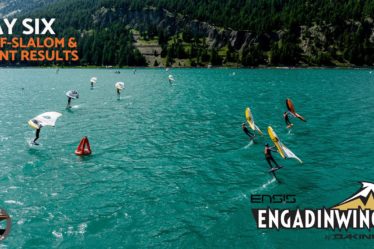 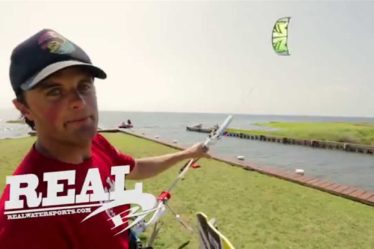