Event preview: The tension is rising on the island of Sylt as the greatest windsurfing event on the planet and the dramatic conclusion to the 2011 slalom, wave and freestyle competition season draws ever closer.

For 28 years running, the Sylt world cup has been the largest and most spectacular windsurfing event on the planet. Featuring all three of the main disciplines, competition is spread over ten days. The event attracts well over 200,000 spectators to witness the world’s best slalom sailors hurl themselves around the race course, see the freestylers spin their way through each heat and watch the wave fleet launching into the most death-defying jumps.

Due to the exposed location of the island, the weather conditions on Westerland beach can range from ferocious wind and waves to flat calm freestyle and slalom heaven. Sylt is the final challenge for many of the worlds best and it takes a true all-rounder to secure a victory on its testing waters.

Off the water there will be plenty to keep the crowds entertained including clinics from the pro’s, a multitude of surf shops, autograph signing’s, the Panasonic surf simulator, plenty of parties and much much more.

The ten day super grand slam will take place between 23rd September to the 2nd October, marking the seventh and final event on the men’s slalom and freestyle tour, the fourth event on the men’s wave tour and the third stop on the women’s wave tour. The sailors will be spinning, flying and going full throttle for a taste of the €105,000 prize money and those super important end of season world ranking points, that will determine once and for all where the sailors finish.

Having sailed an exceptional year Bjorn Dunkerbeck (Starboard / Severne / Mystic / DunkerbeckEyewear) has already been announced the 2011 world slalom champion, with four event wins out of six. But, he will no doubt be in Sylt to stamp down his authority on the fleet one last time before the competition season is over.

Having been knocked off the top spot for the first time in five years, Antoine Albeau (JP / NeilPryde) is likely to be more fired up than ever to secure his second place finish. However with the likes of Ben Van Der Steen (Starboard / Loft / Mystic) hot on his heels, he will have to make sure he sails an incredible week to keep his position.

Battling it out for fourth and fifth place Cyril Moussilmani (Starboard / North) and Finian Maynard (RRD) will be charging around the course and hitting the start-lines at full speed to outdo each other.

Also in the mix and fighting to keep their top ten positions, Micah Buzianis (JP / NeilPryde), Peter Volwater (Fanatic / MauiSails), Julien Quentel (RRD / NeilPryde), Josh Angulo (Angulo / Gun / Dakine) and Jimmy Diaz (Starboard / North) will be launching themselves down the straights, and flying around the corners.

As the slalom season comes to a close, expect the sailors to be pushing the starts harder than ever, pile-ups at the marks and a spectacular show of speed and agility.

With three wins in the bag, the wonder kid Philip Koster (Starboard / NeilPryde / Dakine / Maui Ultra Fins) has earned himself the 2011 men’s world wave title with one event spare. Koster has been pulling perfect double forwards and mind-blowing maneuvers on the waves all season, prepare to be amazed when he hits the water in
Sylt.

The man with some of the highest jumps on tour Ricardo Campello (JP / NeilPryde / MFC), wowed the crowds in Klitmoller with his super-high pushloop forwards. Campello will be looking to retain his second place, but with the likes of Kauli Seadi (JP / NeilPryde) and Victor Fernandez Lopez (Fanatic / North / MFC) close behind, he will have to fly higher than ever to retain his position.
Danny Bruch (Starboard / Severne / AL360), Dario Ojeda (Tabou / Simmer / Dakine / MFC) and Thomas Traversa (Tabou / Gaastra) are all in hot competition for a fifth place finish; the sailors will need to be on top form to work their way into the top five.

Also in the mix and hoping for a top ten finish, Alex Mussolini (Tabou / Gaastra), Marcilio Browne (Fanatic / North / MFC) and Ross Williams (Tabou / Gaastra) will be throwing their highest jumps to win the judges affections.

Over in the women’s fleet, the current tour leader Daida Ruano Moreno (Starboard / Severne) unfortunately has not registered for the event, therefore opening the door up to her sister, Iballa Ruano Moreno (Starboard / Severne). However Iballa will has to pull her cleanest stalled forward loops and her slickest wave rides to earn the title and fend of the advances from super stylish Nayra Alonso (Fanatic / Severne), wave ripper Karin Jaggi (Patrik / Severne) and super-powerful Evi Tsape (F2 / North).

The men’s freestyle fleet has also witnessed a new world champion rise through the ranks with one event spare. Belgian freestyle maestro Steven Van Broeckhoven (F2 / Gaastra) has blown the judges away with his bone dry culos to win three out of six events this year.

In second place sits the super technical Kiri Thode (Starboard / Gaastra), Thode has earned himself podium positions at every event this year, and he has had one of his finest seasons on tour with two event wins.

Four times world champion Jose Estredo (Fanatic / North) started the year slightly further down the ranks than he had hoped, however after two amazing competitions in the Canaries he is back on the podium. Estredo will be pulling is fastest burners to secure his place at the top.

Further down the ranks, Taty Frans (Starboard / MauiSails / Mystic / Maui Ultra Fins), Davy Scheffers (Tabou / Gaastra), Tonky Frans (Tabou / Gaastra) and Anthony Ruenes (Tabou / Simmer) will be fighting it out for places in the top five, and pulling their most daring maneuvers to impress the crowds.

The brands have also been in fierce competition throughout the year, and as the competition season draws to a close the top dogs at the board and sail companies will be keeping an eye on their riders and how they perform on their equipment. Currently leading the board brands is Starboard, with three world title to their name in Slalom, Wave and Freestyle. JP is sat in second place with Fanatic, Tabou, and RRD close behind. Over on the sail brands, NeilPryde currently leads the pack with Severne, North and Gaastra in hot pursuit. Everything will come down to the final event in Sylt so keep your eyes peeled for who is performing well and on what.

With so many competitors the 2011 PWA Reno world cup promises to be a spectacular show, registration day will kick off at 11:30am-2pm on Friday 23rd September and the skippers meeting will kick off at 9:00am on Saturday 24th September with the first possible start to competition at 9:30am.

We are proud to announce the 2011 PWA Reno World Cup will be streamed live, weather depending broadcasting should commence at 9:00am on Saturday 24th September. There will be loads to keep you entertained throughout the week, including interviews with the professionals and of course all the insane action in the competitions.

YOU MAY ALSO BE INTERESTED IN:
The NeilPryde 2012 Atlas wave sail, Philip Koster’s winning choice.
Click here to view more about this product. 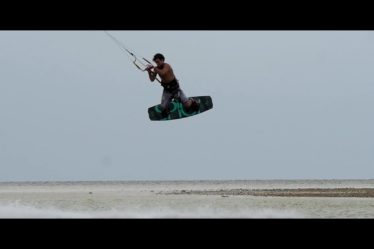