Congratulations to Team Pryde for their great performance at this Pozo event.  We are proud to have such a dedicated team.

On the sixth day of competition the event flags were ripped to shreds by the relentless Pozo wind, the equipment battered and bruised and the sailors were silent as they eyed up the ballistic conditions before the final show down on the world’s toughest stage. With the strongest wind’s and the largest waves forecast for the final day of competition, the remaining six women and eight men were anxious to hit the water and kick off proceedings at 9am.

Head judge Duncan Coombs announced the format would remain the same; the heats would be twelve minutes long with the best three jumps and the finest two wave rides counting towards their scores. The competitors we well aware they would have to sail to the edge of their ability to outperform their opponents as nuclear winds gusted well over 40 knots.

The opening battle of the day was separated into two heats with Alex Mussolini (Tabou / Gaastra) facing Brazil’s Kauli Seadi (JP / NeilPryde). Mussolini looked to hold the advantage with his wave riding however he lacked diversity on the jumping front, landing only a one footed backloop and a forward, leaving the door open for Seadi to storm ahead and into the top six. Next up Dario Ojeda (Tabou / Simmer / Dakine / MFC) claimed his initial victim of the day taking down British sailor Robby Swift (JP / NeilPryde). Swift opened the heat with a perfect double forward loop; however Ojeda’s high-risk wave riding and clinical jumps paid off allowing him to advance into the next round. Ojeda put his local knowledge to use and sailed through three more difficult heats passing by Seadi, Marcilio Browne (Fanatic / North / MFC) and Ricardo Campello (JP / NeilPryde / MFC) consecutively, raising his result from joint fifth to third.

Seadi landed an incredible double forward to open the heat against Dario but took his wave riding a little more cautiously, and only focused on his consistent moves. Meanwhile Ojeda chose to wait for the largest waves to roll in and risk everything going for huge wave 360’s in the critical section. Ojeda managed to pull off an amazing 360 in the closing minute, winning the judges affections and his pass into the next round.

Ojeda continued with the extreme tactics in his heat against Browne. The powerful Brazilian dominated the jumping by landing super tweaked pushloop and a clean double forward but Ojeda’s superior wave riding saw win with a 5-0 decision from the judges.

The fight for third place against Campello was a much closer affair. Campello picked off the biggest sets and worked them for all they were worth; he also fought hard with a set of perfect double loops and a stalled forward. Ojeda once again managed to squeeze through by a narrow margin, landing a clean wave 360 and a taka on one outstanding wave.

The largest wave score of the competition made an appearance in heat 50; Victor Fernandez Lopez (Fanatic / North / MFC) versus Dario Ojeda. Fernandez Lopez caught the set and took that as his opportunity to put an end to Ojeda’s rampage, landing an enormous backside 360 on the steepest section of the wave and then turning straight into a shaka and then a frontside turn. The judges awarded Fernandez Lopez with straight ten’s for his exceptional sailing.

A huge crowd lined the beach to watch the action unfold for the men’s final, and the sailors certainly didn’t disappoint. Philip Koster (Starboard / NeilPryde / Dakine) opened the heat with an ankle dry double forward loop, which was quickly matched by Fernandez Lopez’s own. The sailors then went about upstaging each other with a series of radical maneuvers, Koster went for a wave 360 and Fernandez Lopez chose a goiter. Disaster struck for Fernandez Lopez when his board snapped after a monster back loop however good friend Francisco Casas Garcia (Starboard / MFC) helped keep his hopes alive and sailed new equipment out to him without a harness. Koster took advantage and continued to land his astounding tricks. The big crescendo came when Koster threw himself into a triple loop sending his equipment flying, however the work was done and Koster had earned enough points to secure himself the victory.

“I feel amazing, I couldn’t feel any better. The heat was really fun, the conditions were a little different in Pozo today but the wind was really strong. I was on my 3.7, I tried a pushloop forward and crashed really hard and hurt my knee, I also tried a triple at the end and crashed that but overall it was a brilliant final.”

Karin Jaggi (Patrik / Severne) started the day like she meant business, launching to an enormous forward loop in her heat against Evi Tsape (F2 / North). Tsape caught a number of clean waves but Jaggi was on form, landing her moves with precision.

Jaggi advanced to face her nemesis from the single elimination, Silvia Alba Orozco. Revenge was on Jaggi’s mind as she took control in the tough conditions she slashed and turned her way through the heat to defeat Alba Orozco.

Nayra Alonso (Fanatic / Severne) was next in line on Jaggi’s list. The pair matched each other move for move, but Jaggi managed to squeeze an extra bit of height out of each jump and spot the larger waves ensuring she was awarded extra points to win the heat.

Having sailed from the opening heat of the double elimination, the fight for second place was particularly tough for Jaggi as she faced Iballa Ruano Moreno (Starboard / Severne) for the prestigious place in the final. Iballa didn’t mess around and launched into a huge stalled forward within the first thirty seconds of the heat, leaving Jaggi to play catch up for the remainder of the time. Iballa turned her focus to waves and flew into a backside aerial followed by several frontside cutbacks. Jaggi tried to match Iballa’s points but despite her best efforts the damage had already been done.

As witnessed many times at Pozo during the last decade, the incredible Moreno twins faced each other once again in the grand final; a tribute to their amazing skills here on their home waters. Iballa and Daida Ruano Moreno (Starboard / Severne) displayed an overwhelming level of control over their equipment in the ballistic winds, as they both landed stalled forwards and backloops to kick the heat off. Having been matched move to move Daida turned her sailing up yet another notch and initiated a double forward loop which she landed in waterstart position. She then caught a logo high wave and boosted into a front side aerial wowing the crowds and the judges with her mind-blowing sailing. Iballa attempted to fight back but Dada’s adrenaline was flowing as she rotated around a seamless one handed backloop and then a taka, displaying her dominance on Pozo’s waters for the twelfth year.

“It was a really fun final and I’m looking forward to Tenerife, I landed really nice aerial on the set wave and a tabletop pushloop; I also managed to waterstart out of a double forward so I am really happy.”

The victors were crowned at an awards ceremony on the beach in front of a mixed crowd of proud families, sailors, locals and windsurfing fans.

The world’s finest wave sailors will now make the short journey over to the stunning island of Tenerife for their second stop on the 2011 PWA world tour. Tenerife promises slick wave riding mammoth aerials and insane stunts, the action will take place 14th-20th July. 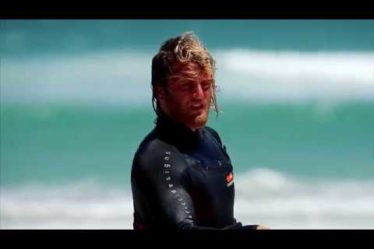 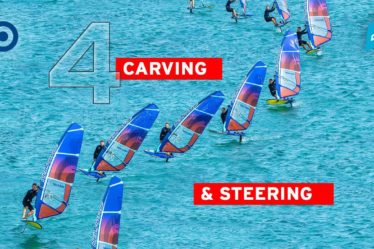