Just a few weeks ago UK newcomer Max Rowe as well as French rookie Pierre Mortefon joined the NorthSails International Team. We caught up with Max and Pierre for a chat at PWA Mui Ne, Vietnam…

NorthSails: Tell us a bit about your local spot and where you learned to windsurf?

Max Rowe: I learnt to windsurf with my Dad at home in Essex. Our local spot was Mersea Island, it‘s far from ideal with a very long muddy walk at low tide but good fun all the same. I started getting into freestyle when I went to Club Vass, Vassiliki on holiday and met all the guys there.

NorthSails: Why North and where do you see the biggest strengths at your new sail brand?

Max Rowe: North because I wanted the best gear possible! I think North’s biggest strength is having two world champions developing and testing the sails to make sure that they are always at the cutting edge of all the latest developments.

NorthSails: Which disciplines and contests will you focus on for 2011 and why?

Max Rowe: I will focus mainly on the PWA and UK freestyle tours. It has always been my dream to become British champion so continuing to pursue this is really important to me. Doing the PWA tour is such an experience, every competition continues to push my level and hopefully this year I can finish in the top 16. I will also compete at some of the UK wave events to gain some more experience in the wave discipline.

Max Rowe: I think that they are both amazing sails and I was so impressed with how the North gear all fits together really well. I am using the Ice’s in my smaller sizes and the Duke’s in 5.4 and 5.9 they both feel really well balanced and have helped make my moves more powerful and explosive.

NorthSails: What do you think about the UK scene, is there a lot potential?

Max Rowe: I think there is an awesome scene in the UK there are so many good spots that everywhere I go there seems to be loads of keen windsurfers. There is also a lot of potential in the freestyle scene at the moment with loads of young kids getting into the sport.

NorthSails: What are your goals for the upcoming season?

Max Rowe: My goal is to become British champion and to finish in the top 16 on the PWA but also to have as much fun as I can windsurfing and travelling. 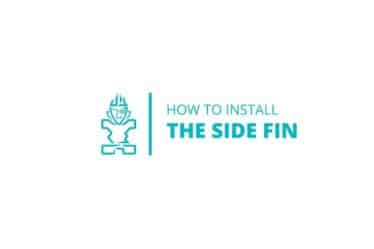