Day Four was full of action as the men and women fought hard and strong to gain their place higher up the competition ladder. Round One was completed for the men, and two complete heats were finished for the Women.

The new competition format sees 6 men compete during one single heat, with only one competitor allowed to do their trick at a time, to guarantee the full focus of the judges. The riders are given 7 trick attempts, of which the 4 highest scoring tricks count. Although this means longer heats, it also means fans and spectators are able to follow the scoring clearly on our live scoreboard, and riders are able to see exactly how many points they need in order to beat their opponents.

Heat number one saw Spanish rider Alex Pastor and Austrian rider Stefan Spiessberger fight hard for the top two positions, putting them directly into Round Three. Set Teixera from Brasil and and local rider Greidy Martinez followed them in 3rd and 4th position, which puts them into Round Two.

French rider Antoine Fermon was delighted to gain a position in the main event yesterday and then also storm through his heat taking second position and passing into Round Three. Joining him is another local rider, Adeuri Corniel, younger brother of Ariel Corniel. One of the biggest suprises of the day was dutch rider Youri Zoon who struggled during his heat and finally finished 5th in Round One, therefore eliminating himself from the event. Brazilian riders Alex Neto and Posito Martinez both passed into Round Two. Heat Three saw another local rider, Joselito, take the lead together with Spanish rider David Tonijuan. Both passed directly to Round Three, with Ariel Corniel and Paul Serin following into Round Two.

One of the craziest heats of the day was heat 4. Action packed and with all riders putting on incredibly solid performances, it was Carlos Mario who seemed completely unstoppable! 2015 World Champion Liam Whaley was also on fire, and followed a few points behind him, taking both of them through to Round Three. Local rider Cruz, and Jerome Cloetens, took 3rd and 4th position in their heat, putting them both through to Round Two.

Once Men’s Round One had been completed it was time for the ladies to get a piece of the action! Picking up on heat number two, which had not been completed the previous day, it was a stand out performance from Brazilian rider Bruna Kajiya! She rode exceptionally throughout her heat, finishing first and putting her through to Round Three. Spanish rider Rita Arnaus also had a very successful heat finishing one point behind her, and also enabling her to pass directly into Round Three. Pauline Valesa and Hannah Whiteley passed into Round Two.

Only one full heat of Round Two was completed for the ladies, and that saw a delighted Paula Novotna take first place, followed by local rider Suami Cavallo, who was ecstatic about passing into Round Three! At only 14 years old, Suami is the youngest competitor of the event. She managed to win the Domincan Championships just before this event, and will now be continuing for a chance to climb the ladder even higher! Tomorrow will see the continuation of the ladies Round Two, Heat Four.

The entire competition was successfully live streamed around the World so that all of our fans were able to follow and remain updated. Rider interviews took place between the heats to hear about how they were enjoying the new competition format. We will be continuing tomorrow with the first possible start at 11.30 am. Please tune into our facebook page to follow all the action live! 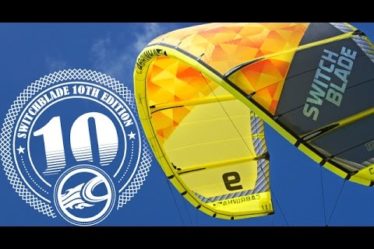