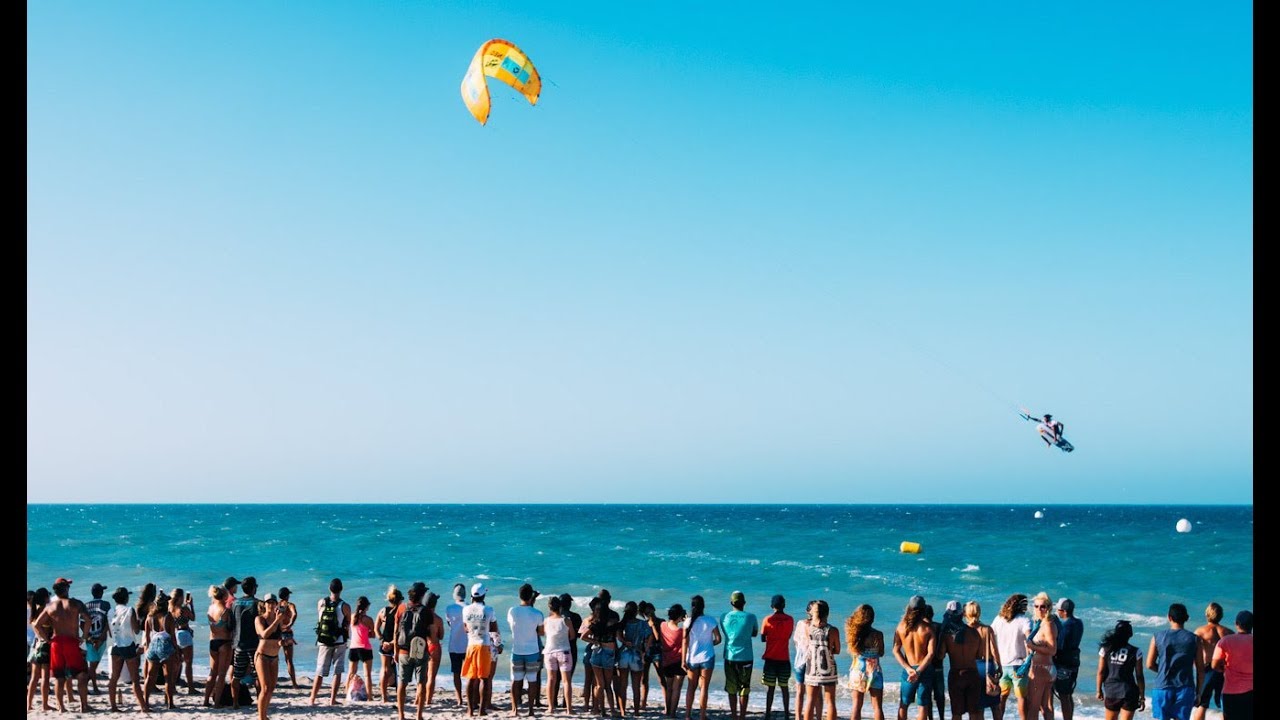 The main event fires up on day one.
Check here what went down on Day One in Prea.

We closed the first day of competition (Wednesday) at The Ceara Kite Pro in Prea with the line-up for the single elimination final and mini-final line up confirmed for today (Thursday). French 19 year-old Camille Delannoy has lived here in Prea with his family for seven years and thrived on the local support he had on the beach. A regular tour competitor and top five finisher in several events during the last two seasons, he linked up his growing competition experience with an obvious comfort and intimate knowledge of the conditions. Barely putting a foot wrong in each of his four heats, Camille demonstrated absolutely everything that the judges were looking for: This event is also the first time that the GKA is running a livestream and what a time to run it. Perfect 25 knot winds for a progressing and still young discipline combined with a really well matched fleet who all rose to the occasion in these ideal winds. The result that we all enjoyed on the livestream was that the riders were able to push their height as well as kite loops and intricate technicality.

Check the highlights from the first day of action in Brazil – the men’s single elimination, KSWT round six at Prea. After landing a triple front roll to huge applause (only the second time we’ve ever seen this trick in competition) Camille cemented his route to the final and will meet current Champion and 2018 dominant tour leader Airton Cozzolino who, as usual, wowed the crowds, riding 110% all the time.

Mixing next level big airs and kite loop combinations, Airton stomped a big boogie loop and a kite loop late back roll in his first heat (moves usually reserved for the Red Bull King of the Air!). Of course Airton likes to blur boundaries as he showed in the lesser winds of the closing quarter and semi final heats against Evan Netsch and Mitu Monteiro respectively when he stomped his now almost customary 313 – with the power of a low kite and the amplitude of a world class wakestyler. Reece Myerscough from Canada put on his best performance we’ve yet seen from the Canadian, peaking with a powered front roll shovit in round three, but was beaten by Keahi de Aboitiz who had landed from a long journey from Fiji just hours earlier.

However it’s James Carew who deserves huge credits for continuing his brilliant performances. After a two month break between contests, he was the last man to stand atop the podium after winning the big air competition at Sotavento. He’s clearly been busy in the two months since Sotavento and now fully committed to strapless freestyle is a star in the making. Never happier than when hacking wave, this is of course a pure strapless freestyle competition and he was going biggest all day but never looked out of control. James Carew cleared for lift off!

His new signature move being the huge back roll with a 360 shuvit at the apex, dropping into a rodeo with a downloop on landing was only outdone by his toeside air 540 shovit – his own new trick and an impressive, powerful flat spin from the more compromised toe-side take-off with a technical shovit added on the end. The ever amped Australian eventually lost to fellow late teenager Camille in the semi final in a really close heat.

This is the first time that the GKA Kite-Surf World Tour has visited the American continent and we enjoyed a strong showing of new faces and Brazilian wildcards as well as the return of occasional competitors from the US, Evan Netsch and Matt Elsasser. The two friends and Cabrinha east coast US compadres met each other in one of the most closely fought heats of the day. Although only an occasional competitor on this tour, Evan hasn’t finished outside of the top five in four event appearances. A super well rounded rider who has excelled in all kitesurfing disciplines, his friend Matt Elsasser put up an incredible performance, including one of the biggest front roll shuvits of the day; a move that eluded many of the tour’s regular riders today in these windswept waters, but couldn’t defeat Evan who eventually himself succumbed to Airton. The single elimination heat ladder played out as follows. So, an explosive start to the first GKA Kite-Surf World Tour competition in Brazil here in Prea!

Mitu Monteiro will face James Storm Carew in the mini-final. After that: the double elimination will see a full men’s ladder take to the water again.