The penultimate day of the 2022 Gran Canaria PWA Windsurfing World Cup saw the conclusion of the Men’s Single Elimination in tricky conditions. The top four men still made the most of the conditions on offer and by completing the single elimination today that means that results have been achieved in every category with a day to spare!

For the first time since 2017, Philip Köster (Severne / Severne Sails / Black Project Fins) and Victor Fernandez (Fanatic / Duotone) lined up against each other in the Winners’ Final in Pozo Izquierdo. The two sailors have won 6-times a piece here over the years, so whoever would win this duel would likely edge ahead in the stats with only one day of the contest remaining. Köster produced an almost perfect jumping display as the 28-year-old earned 18.13 points out of a possible 20 to put Fernandez under enormous pressure after landing a massive 6.9m stalled double – 9.38 points – and a table double forward – 8.75 points. Fernandez landed an 8 point perfect double of his own, and earned the highest wave score of the final – 6.75 points – but it wouldn’t be enough to deny Köster from reclaiming the top spot on the podium here for the first time since 2018.

Single Elimination winner – Philip Köster: “It’s amazing to finally be back in the final. It’s been a long time, so it was amazing to be able to finish the single elimination. It was tough out there, but I managed to get two really good jumps including a big stalled double, which I just had to go for as I didn’t know what jumps Victor had landed at that point. In the final you just have to go for it and that’s what I did. So, just very happy right now.”

In the b-final, Birthday boy – Ricardo Campello (Naish / Naish Sails) – pipped Thomas Traversa (Tabou / GA Sails) to the final place on the podium with a great display in difficult conditions. Campello landed the second highest scoring jump of the day – 9.30 points – for a huge double forward, whilst he also entertained the crowds on the beach with a taka diablo. Traversa basically matched Campello’s wave game, but couldn’t match Campello’s aerial prowess on this occasion.

After the completion of the single elimination the Men’s Double Elimination began and the first round was able to be completed before the conditions deteriorated and the sailors were released shortly before 6pm.

The final day of the event looks set to be another windy one, so there should be more action to conclude the 2022 Gran Canaria PWA Windsurfing World Cup. The sailors will meet again at 9:30am (GMT+1) tomorrow morning for the skippers’ meeting with the action commencing from 10am onwards.

You can stay up to date with all the latest developments from Gran Canaria— including the live stream, elimination ladders, entry list, images and live ticker simply by clicking HERE and scrolling to the bottom of the page.

Also if you don’t already, follow us on our Social Media Channels: 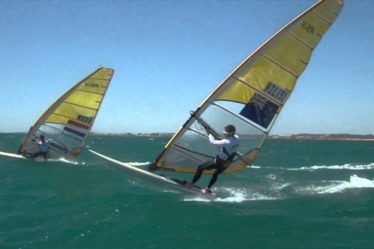 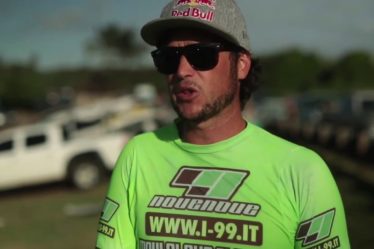 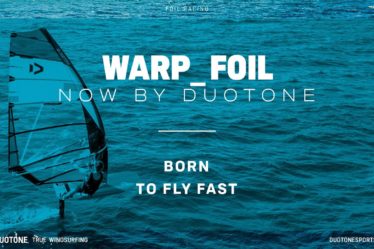