Event Preview: The PWA’s elite freestyle and slalom sailors descend on the dazzling island of Fuerteventura for the fourth and final showdown on the grueling Canary Islands tour.

The world famous Reni Egli windsurfing centre will play host to world’s wildest freestylers and the full throttle men’s slalom fleet for ten days of intense competition. Its idyllic location boasts golden sands and a relaxing beachside chill out area just meters away from the remarkable conditions, providing the crowds with an incredible view from the comfort of their sun loungers.

Relentless winds and stirred up seas form the battle ground for the most anticipated contest on the PWA world tour. Fuerteventura’s insane conditions guarantee exhilarating action from the men’s slalom fleet and the occasional stunt ramp ensures the freestylers will be performing their most radical maneuvers to win the judges affections.

Fuerteventura is a favorite spot amongst the PWA stars, not just due to the faultless conditions. An enormous party tent lines the beach, filled with pumping tunes, delicious food and drinks, providing the perfect location to blow off steam after a tough day on the water.

The ten day extravaganza will take place between the 22 nd July- 1 st August, marking the men’s freestyle fleets’ sixth competition on the 2011 world tour and the women’s third and final battle. It will also see the men’s slalom racers enter their fifth face off in 2011. The sailors will be fighting tooth and nail for a taste of the €75,000 prize purse alongside critical mid-season points.

Who to watch out for

At this stage in the game the scores all looking critically tight at the top and several sailors have everything to play for in the quest for the world title. Slick Belgian superstar Steven Van Broeckhoven (F2 / Gaastra) sailed his way into second place in Lanzarote providing him with the advantage over Bonaire’s Kiri Thode (Starboard / Gaastra) on the overall event scores, he will be looking to deliver a spectacular performance to retain his position in Fuerteventura’s complex conditions.

Having had time to re-think his game plan, expect to see Thode return with a vengeance, pulling his gravity deifying kabicutichis and bone dry culos in order to claim back his position on top.

Favoring the more radical conditions the Canary Islands kick up, four times world champion Jose Estredo (Fanatic / North) stole the show in Lanzarote and claimed his first event on the 2011 world tour. Estredo is guaranteed to bring his unbelievable air chachoos and no handed ponchs to secure maximum points in Fuerteventura.

Taty Frans (Starboard / MauiSails / Mystic) sits in fourth place overall, it can be expected Taty will be looking to up his game in order to make it onto the podium at this critical stage on the world tour.

Tonky Frans (Tabou / Gaastra) is famous for his fifty-meter willy-skippers on the shallow water in Fuerteventura; Tonky will be wowing the crowds with his unique style and his trademark bonka to see him advance into the top five.

Dutch whiz kid Davy Scheffers (Tabou / Gaastra) will be spinning around his vast collection of double maneuvers in Fuerteventura to retain his position in the top five. 2010’s rookie of the year Dieter Van Der Eyken (Starboard / Severne) has sailed an incredible set of competitions to earn himself seventh place. The promising young star has plenty of tricks up his sleeve, except to see enormous shakas in both directions as Van Der Eyken blitz’s his way through the heats.

The super cool Bjorn Saragoza (Starboard / Hot Sails) currently holds tenth position, this new hot shot on the PWA tour is likely to fly his way through the elimination ladder in Fuerteventura with his ever-impressive flaka shakas and sky high konos.

Also in the mix will be the super consistent Phil Soltysiak (Starboard / Dakine), the flying Frenchmen Nicholas Akgazciyan (Gun / Starboard) and Antony Ruenes (Tabou / Simmer), alongside a whole host of extreme opponents.

The women will entering their third and final round on the 2011 world tour, Sarah-Quita Offringa (Starboard / Gaastra / Mystic), has sailed her way through two outstanding competitions in Bonaire and Aruba. She will be looking to make it a hat trick and confirm her dominance of the women’s fleet in 2011.

The Swiss style queen Laure Treboux (Fanatic / North) has given Offringa a run for her money in six out of six finals this year. Treboux is more motivated than ever and she is likely to be going for the more daring moves from the word go in order to break the Offringa stronghold on the silverware.

Experienced competitor Yoli De Brent (Fanatic / North) sits in third, she is likely to wow the crowds with her smooth spock variations.

The rising stars in the women’s fleet Arrianne Aukes (RRD / Simmer / AL 360 / Dakine) and Xenia Kessler (JP / NeilPryde) will be charging hard to retain their positions in the top five after a flying start to the year in the Caribbean.

Fuerteventura will witness two fresh faces make their debut appearance on the PWA world tour, Brit Danielle Lucas (Severne) and Russian Svetlana Martynova. Keep an eye on the girls as they test their skills against the world’s best.

The windsurfing icons Bjorn Dunkerbeck (Starboard / Severne / Mystic / DunkerbeckEyewear) and Antoine Albeau (JP / NeilPryde) have had a tough year at the top; the pair have been engaged in an intense battle to claim the top of the podium in the race for the overall world title. With three victories to one, Dunkerbeck currently holds the lead but no doubt the pair will be unleashing everything in order to claim another victory in Fuerteventura.

Up with the big guns, sits a very on form Ben Van Der Steen (Starboard / Loft / Mystic), Van Der Steen has claimed a second and a third place so far this season. He will be enjoying the taste at the top and will be heading to Fuerteventura for another helping, watch out for Van Steen’s blistering speed as he rips around the race course.

Next is line is Cyril Moussilmani (Starboard / North), the flying Frenchman has been tearing the rest of the fleet apart with his super tight gybes and record board speed, expect big things from the super talented Moussilmani when he takes to the race course.

The ever-powerful Finian Maynard (RRD) currently holds fifth place, Maynard will be pushing the starts hard in order to claim his place at the front of the pack.

The fleet will be littered with big names ready to cause some major upset including wild Peter Volwater (Fanatic / MauiSails), blistering Micah Buzianis (JP/ NeilPryde) the dazzling Jimmy Diaz (Starboard / North) and the astounding Josh Angulo (Angulo / Gun / Dakine) to name a few.

Keep your eyes peeled from the 22 nd July -1 st August as the Fuerteventura Grand Slam promises astonishing action from the freestyle fleet, as they launch into their mind-blowing maneuvers on the choppy waters, and outrageous speeds from the Slalom fleet as they hurl themselves around the race course in a bid to win precious event points.

The PWA is proud to announce that the entire 2011 Fuerteventura PWA Grand Slam will be streamed live via PWA TV on www.pwaworldtour.com . Weather depending, coverage of day one of competition is scheduled to begin at 10am Saturday 23rd July (UTC +1), when the sailors will take to the water. 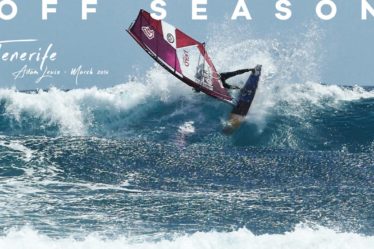