Bonaire continues to deliver perfect conditions in paradise for the second day in a row. Winds blowing 15-20 knots allowed the double elimination to be complete for both the men and women’s fleets. An action-packed day saw emotions running high, as the sailors fought their way through each round or buckled under the pressures of the world tour.

The double elimination can allow the sailors to work their way to a higher position on the scoreboard or if the heat goes against them fall down the ranks. Not one of them is safe in the position they worked so hard for in the previous day’s single elimination. With this in the back of their minds the sailors took to the water ready for war in the second day of competition.

The tension on the beach could be cut with a knife as the heats got underway. Julien Mas (Patrik / Hot Sails) started the day on form destroying Rich Cicilia and Quincy Offringa (Starboard). As did Ian Mouro Lemos (JP / NeilPryde), he managed to work his way past Victor Wenderfoor t and Oliver Stauffacher (Naish / MFC).

Choco Frans (F2) flew though his heats quickly climbing from 17th to 7th, wowing the crowds with his perfect Ponchs in front of the Judges tower, proving that there is no end to the Frans family talent as all three brother sit within the top 10.

The world renowned ‘sailor of the day award’ was well deserved by Davy Scheffers (Tabou / Gaastra), who managed to raise his position from 9th to 5th sailing expertly though 8 heats. Scheffers worked his way through the double elimination ladder taking down each sailor one by one, including the previous days nemesis Dieter Van Der Eyken (Starboard / Severne). It came down to 4 times world champion Jose ‘Gollito’ Estredo (Fanatic / North) to draw an end to Scheffers path of destruction.

More blazing heats continued as Steven Van Broeckhoven (F2 / Gaastra) maintained his third place position, keeping Estredo at bay in fourth. Broeckhoven brought the ‘Barracuda’ in his heat and back to the world tour, a move made famous by Cheo Diaz in the 1990’s.

The previous days duo took to the water to do battle once again, Kiri Thode (Starboard / Gaastra) and Taty Frans (Starboard / MauiSails / Mystic) unleashed everything they had in an attempt to outdo each other. This heat was certainly the most exciting of the day, as each sailor pushed the boundaries of freestyle further and further. As the sailors matched each other move for move it was up to Thode to separate the two, bringing out Grubbys into Ponchs and a prefect Spock Culo; it was just enough to seal the deal and stamp his authority down on Lac Bay once again.

The PWA caught up with the current event winner Kiri Thode (Starboard / Gaastra) to find out his thoughts on the competition.

“It’s really tough to sail against these guys, but Bonaire is my home spot and I am really working hard to do my best on the water. I know the spot really well and that gives me an advantage so I can hit the chop and go higher. It has been a great competition so far.”

Xenia Kessler (JP / MauiSails) started the day on a high sailing her way through two heats defeating Daniela Simal and Mio Anayama (NeilPryde) with her superfast Spock 540’s and flawless Flakas. It came down the Arrianne Aukes (RRD / Simmer) to put an end to her reign of glory, Aukes worked her way through the heat displaying a whole variety of maneuvers from funnel’s to clew first Spocks, this provided her with slightly higher diversity points ensuring this heat was hers for the taking.

The same story came from the women’s final as the previous day’s one and two fought their way for first place. Laure Treboux (Fanatic / North) looked to want the number one spot more than ever making sure her moves had that extra element of style. Treboux pulled out perfect planning Grubby Diablos and one handed e-sliders, but Sarah-Quita Offringa (Starboard / Gaastra / Mystic) managed to steal the show once again sailing just behind Treboux and raising the game just slightly with each move.

There’s also a dedicated event website which can be found at www.pwabonaire.com 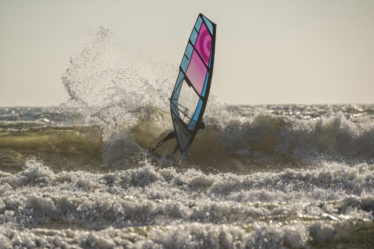 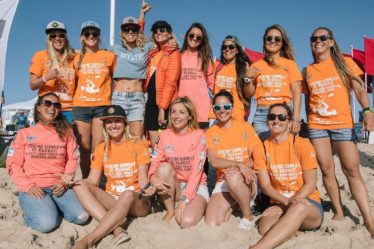 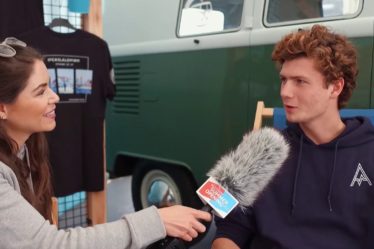