Belgian freestyle maestro, Steven Van Broeckhoven and Caribbean Queen, Sarah-Quita Offringa blow the competition out of the water to secure their places at the top of the freestyle rankings in Aruba.

The fourth day in Aruba marked the final day of competition for the PWA freestyle elite. Having completed the single elimination yesterday, the ensuing double elimination would determine the event standings, and crown the competition winners.

With the warm Caribbean trades blowing twenty knots plus, the crew took to the turquoise water at the first opportunity and informed the sailors so take sails around 4.7 – 5.1m to power them through their routines. Head Judge Duncan Coombs announced the heat times would be reduced to eight minutes and the best three out of six moves would count in either direction.

The first major upset came early on in the day when Davy Scheffers (Tabou / Gaastra) lost out to Bonaire hot shot Florian Wegerer. Scheffers went about his typical heat of astounding double maneuvers, but Wegerer sailed the heat of his life. Unleashing a colossal burner and a mammoth culo, the Bonairean won the favor of the judges meaning an early exit for Scheffers‘ from the competition.

The standout sailor of the double elimination was Brit Andy Chambers (JP / NeilPryde). After a disappointing start to the competition, Chambers fought back through five heats raising his result from 17th to 9th. Chambers exploded out the gates in each heat displaying a collection of carefully polished moves allowing him to blitz his way past the light wind wizard Caesar Finies (Starboard / NeilPryde / Dakine), flying Frenchman Nicolas Akgazciyan (Starboard / Gun) and Brazilian Levi Lenz (Dakine).

Moving toward the final heats of the day the current tour leader Kiri Thode (Starboard / Gaastra) sat in third place and knew he was in for a tough day. His first challenger Taty Frans (Starboard / MauiSails / Mystic), brought with him a multitude of mind-blowing maneuvers, however Thode was ready for him and went about upstaging Frans at every opportunity, guaranteeing his route into the next heat.

Thode’s next encounter was against four times world champion Jose Estredo (Fanatic / North). This one was to be an absolute treat for those lucky enough to watch it, yet posed an almost impossible task for the judges to separate the pair. Following much deliberation, Thode was ultimately awarded the victory, in what was dubbed the closest heat of the event.

Having defeated Estredo, Thode went through to face his nemesis Steven Van Broeckhoven (F2 / Gaastra) in the final. The wind was extremely light with the occasional 20-knot gust blowing over the competition area, giving the nimble Thode a big advantage. Van Broeckhoven switched to his larger gear prior to the heat to ensure he wouldn’t suffer. Thode opened the heat with a clean switch chachoo and a double flaka, as he was unable to bust the biggest moves in the lighter wind. Van Broeckhoven bided his time and waited for the larger gusts to power him through an enormous culo and a burner. It came down to tactics as both sailors kept one eye on the clock and another on the gusts. Van Broeckhoven managed to seal the deal with a final sequence of explosive maneuvers; thus securing his win in the final and the overall event win.

„I was quite nervous and I had to wait all day for my heat. The wind was really gusty and we had to time our moves to perfection, it is really crazy I just did my thing; I knew the judges really like the big moves so I tried make every move as high as possible. I am really happy and I am looking forward to the next event.“

Aukes and Anayama went on to battle each other; Anayama displayed a consistent set of tricks, whilst Aukes looked to be finding the chop too much to deal with. Aukes dropped a number of critical moves allowing Anayama a free pass into the next round.

Anayama went on to face Xenia Kessler (JP / NeilPryde), Kessler sailed the day like her life depended on it, landing clean forward loops, fast flakas and perfect grubbys in front of the judges. Kessler went on to work her way through two more heats, defeating Anayama and Yoli De Brendt (Fanatic / North) raising her result from 4th to 3rd.

Kessler’s next opposition was Laure Treboux (Fanatic / North) with the prize at stake, a coveted place in the final. Kessler fought hard throwing down every move in her armory, however Treboux’s powerful Swiss style swayed the judges and saw her take her familiar place in the final.

The women’s final witnessed Sarah-Quita Offringa (Starboard / Gaastra / Mystic) and Treboux take to the water for the sixth time on the 2011 world freestyle tour. Lighter winds meant both parties had to work particularly hard to land their moves in the allocated time. Treboux went big attempting her shove-it spock and switch kono but the risk didn’t pay off and she crashed hard, putting her on the back foot for the remainder of the heat. Offringa took advantage and sailed the perfect heat on her home ground, even managing to blow a kiss at the judges mid maneuver. Offringa landed every move in quick succession and went onto to claim her crown at the 2011 Aruba Hi Winds Grand Slam.

„I was really confident today and I knew I had to do my best. The wind was light, and I had to pump a lot in the heat to do my moves. I managed to land everything I wanted to and I didn’t fall in once. It’s amazing to win on my home island.“

Tomorrow we hand over to men’s and women’s slalom fleets, for their first day of competition. Racing is scheduled to commence 10:30 am; following the 10.00 am skippers meeting (all times are UTC-4).

There’s also a dedicated event website which can be found at http://hiwinds-aruba.com/ 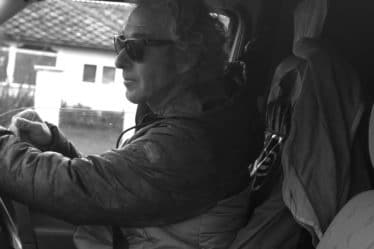